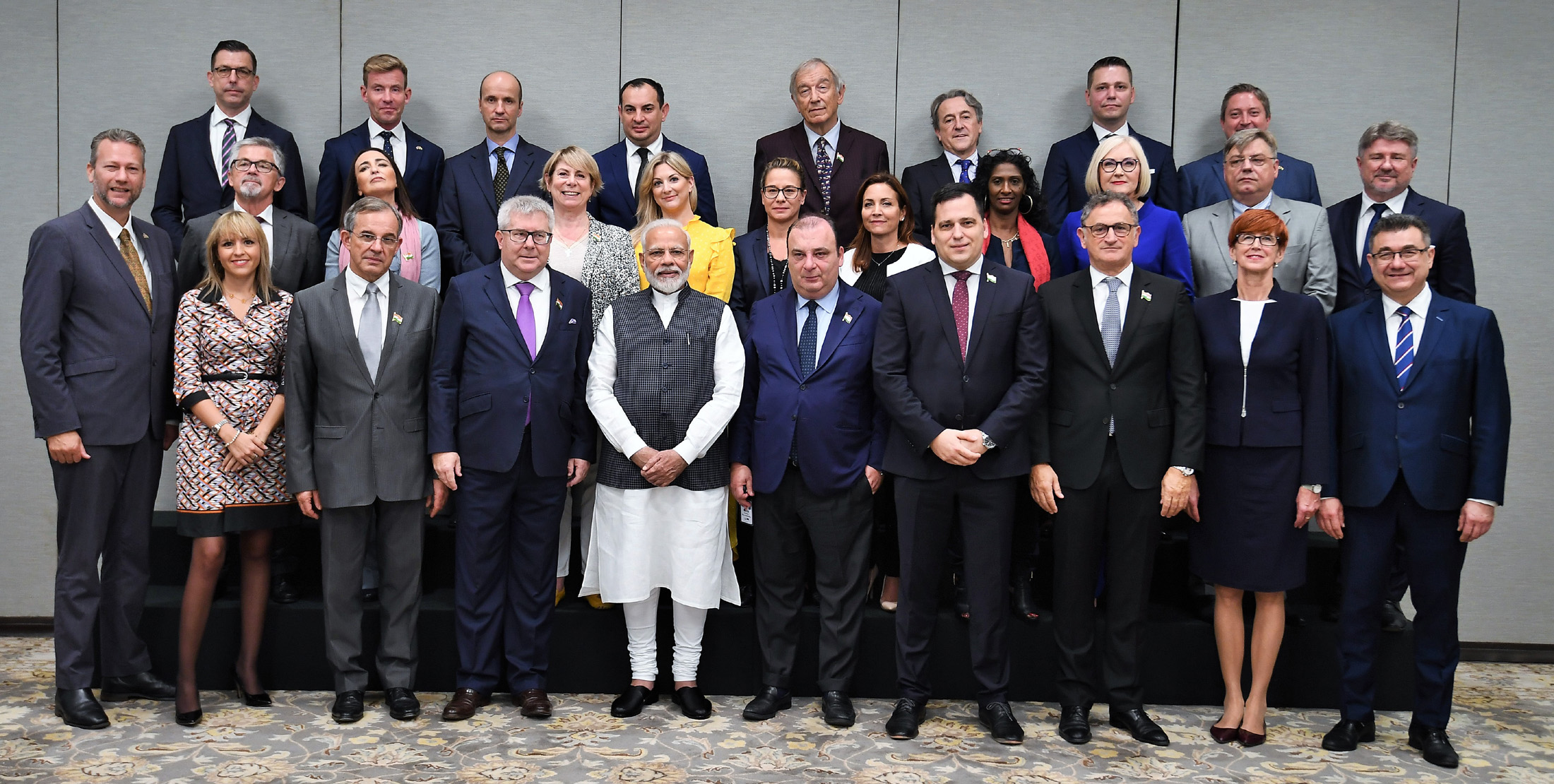 Members of European Parliament called on Prime Minister Shri Narendra Modi at 7, Lok Kalyan Marg, New Delhi today. Prime Minister appreciated the importance the Parliamentarians attach to their relationship with India by visiting right at the beginning of their term.

Prime Minister said that India’s relationship with the European Union is based on shared interests and common commitment to democratic values. He said that an early conclusion of a fair and balanced BTIA is a priority for the government. Talking about the need to strengthen engagement with EU on regional and global matters, Prime Minister highlighted the importance of close international cooperation to fight terrorism. He also mentioned about the growth of International Solar Alliance as a global partnership.

Prime Minister, while welcoming the delegation to India, expressed the hope that they have a fruitful visit to various parts of the country, including to Jammu and Kashmir. Their visit to Jammu and Kashmir should give the delegation a better understanding of the cultural and religious diversity of the region of Jammu, Kashmir and Ladakh; apart from giving them a clear view of the development and governance priorities of the region.

Prime Minister highlighted the huge jump in India’s position in Ease of Doing Business rankings from 142 in 2014 to 63 currently. He said that this is a massive achievement for a country as enormous in size, demography and diversity as India. Governance systems are today enabling people to move in aspirational direction, he said.

Prime Minister also underlined the focus of the government on ensuring Ease of Living for all Indians. He mentioned about the success of key programmes of the Government including Swachh Bharat and Ayushman Bharat. He reiterated India’s commitment to eliminate TB by 2025, five years before the global target. He also talked about steps taken for environment protection and conservation including enhanced renewable energy targets and movement against single use plastics.

Fruitful interactions with MPs from the European Parliament. We exchanged views on boosting India-EU ties, the need to come together to fight terrorism and other issues. I spoke about steps being taken by the Government of India to boost ‘Ease of Living.’ https://t.co/7YYocW3AQN pic.twitter.com/9y1ObOvL9e