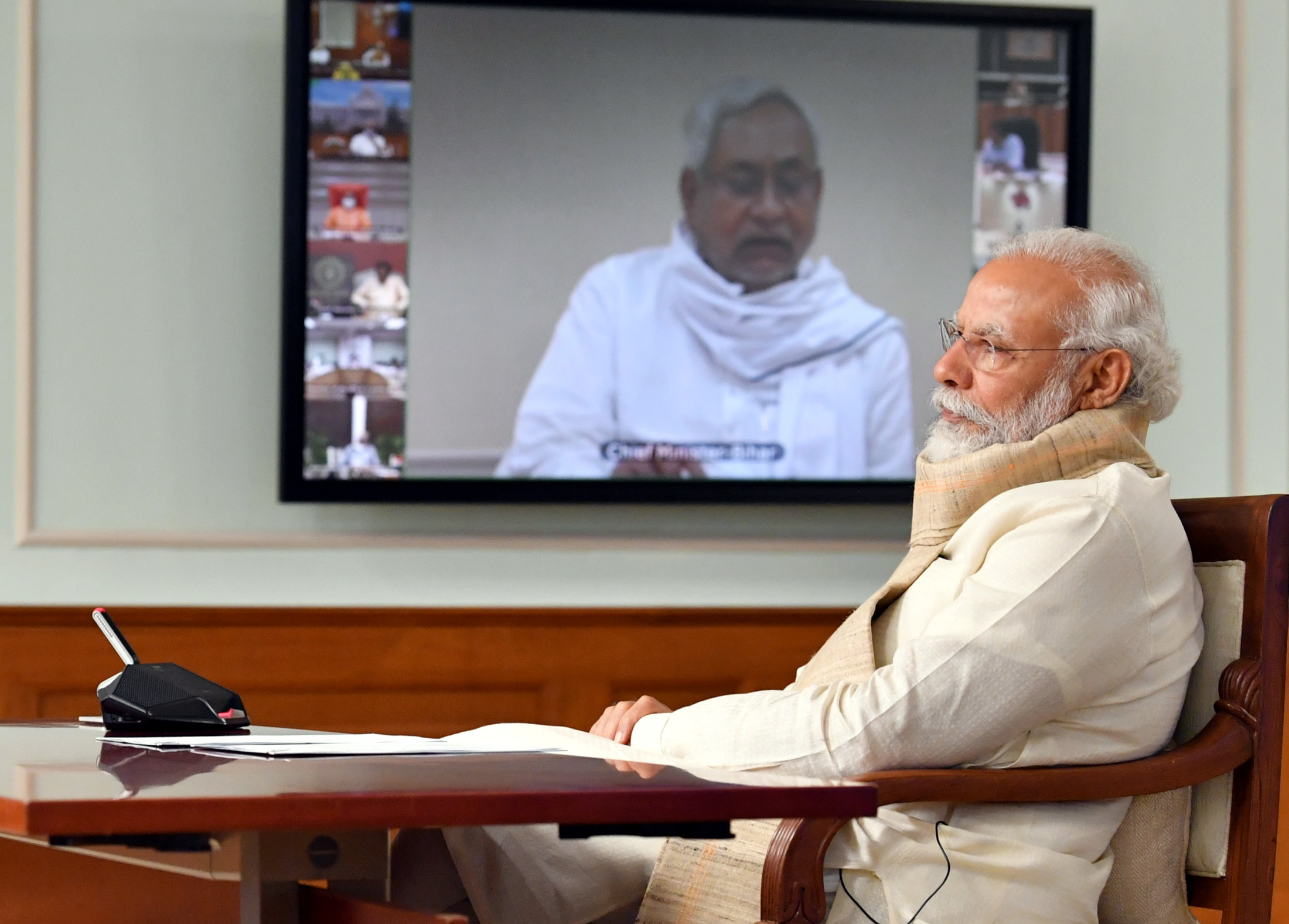 Existing testing capacity must be utilized fully, along with constant efforts for expansion: PM

We must battle fear and stigma by highlighting the high number of those who are recovering from the virus: PM

Discipline shown by people during Lockdown has prevented exponential growth of COVID-19: PM

We need to fight rumours of Lockdown and plan for Unlock 2.0: PM

Prime Minister observed that the spread of the virus is greater in certain big states and cities. High density of population, difficulty in maintaining physical distancing and daily movement of people in huge numbers has made the situation challenging, yet through patience of citizens, readiness of administration and dedication of corona warriors, the spread has been kept under control. Through timely tracing, treatment and reporting, the number of those recovering is rising, he said. He added that the discipline shown by people during Lockdown has prevented the exponential growth of the virus.

Ramping up of health infrastructure

Prime Minister talked about the presence of better health infrastructure and trained manpower to meet the challenge. He highlighted the increase in domestic manufacturing capabilities of PPEs, masks, availability of diagnostic kits in adequate quantity, supply of ventilators made in India using PM CARES fund, availability of testing labs, lakhs of COVID special beds, thousands of isolation and quarantine centres, and adequate human resource through training. He underlined the need to give constant emphasis on health infrastructure, information systems, emotional support and public participation.

Prime Minister stressed the importance of testing to quickly trace, track and isolate those affected. The existing testing capacity needs to be utilized fully, and along with constant efforts for expansion, he said. He mentioned the benefits of telemedicine and the need to create a big team of senior doctors who can guide and inform the sick through this means. He also talked about spreading timely and correct information through the helplines and the need to build a team of young volunteers to run the helplines effectively.

Prime Minister observed that the States where Aarogya Setu app has been downloaded in large numbers are witnessing positive results. Efforts should be made to increase the reach of the app, he said. He talked about being vigilant against health related problems that come with the Monsoon. He also underlined the emotional aspect of the battle against the virus, including battling fear of being afflicted and the stigma attached by making people aware of the high number of those who have defeated the virus and recovered. Our priority must remain to help and support our corona warriors, doctors and health care workers. He added that Jan Bhaagidaari is essential in this fight and said that people must be constantly reminded to use masks, face cover, and maintain physical distancing.

The Chief Ministers thanked the Prime Minister for his leadership and briefed him about the ground situation in the states and their preparedness to tackle the impact of the virus. They talked about health infrastructure available to meet the challenge and steps taken to strengthen it further, support provided to frontline workers, monitoring in containment zones, campaigns to encourage usage of masks and other safety precautions, increase in testing, and providing gainful employment opportunities to the migrants who have returned.

Prime Minister thanked the Chief Ministers for their views. He mentioned that the collective commitment to fight against the virus will lead us to victory, while also talking about the need to speed up economic activities with due precautions in place. He talked about the need to fight rumours of lockdown, mentioning that the country is now in phase of Unlocking. We need to now think about phase 2 of Unlock and how to minimize all possibilities of harm to our people, he said.

He noted that with reduction in restrictions, indicators of economic performance are showing signs of revival. Inflation has also been kept under control. He asked the States to take steps to boost infrastructure and construction related work. He listed steps taken under Atmanirbhar Bharat to provide a fillip to MSMEs, farming and agriculture marketing. He also underscored the need to remain alert to effectively tackle the challenges faced by the migrant labourers in the coming months.

Home Minister said that we have so far been quite successful in our fight against the virus under the leadership of the Prime Minister, but the battle is far from over. He underlined that as we begin to unlock, we must stay vigilant. He requested all Chief Ministers to encourage download of Aarogya Setu to act as a self-shield for protection.

OSD, Health Ministry mentioned about the continuous decline in growth rate of cases during the phases of Lockdown and subsequently also in Unlock 1.0. He briefed about the positive outcomes of Lockdown including a large number of cases averted and lives saved, spread of awareness, and ramping up of health infrastructure. He also informed that the number of cases and deaths per lakh of population in India are amongst the lowest in the world.

During today’s meeting with CMs, we had wide ranging deliberations on the COVID-19 pandemic. Our focus areas are prevention of the infection, curing of patients and at the same time boosting economic activity. https://t.co/yt96HDyc9v