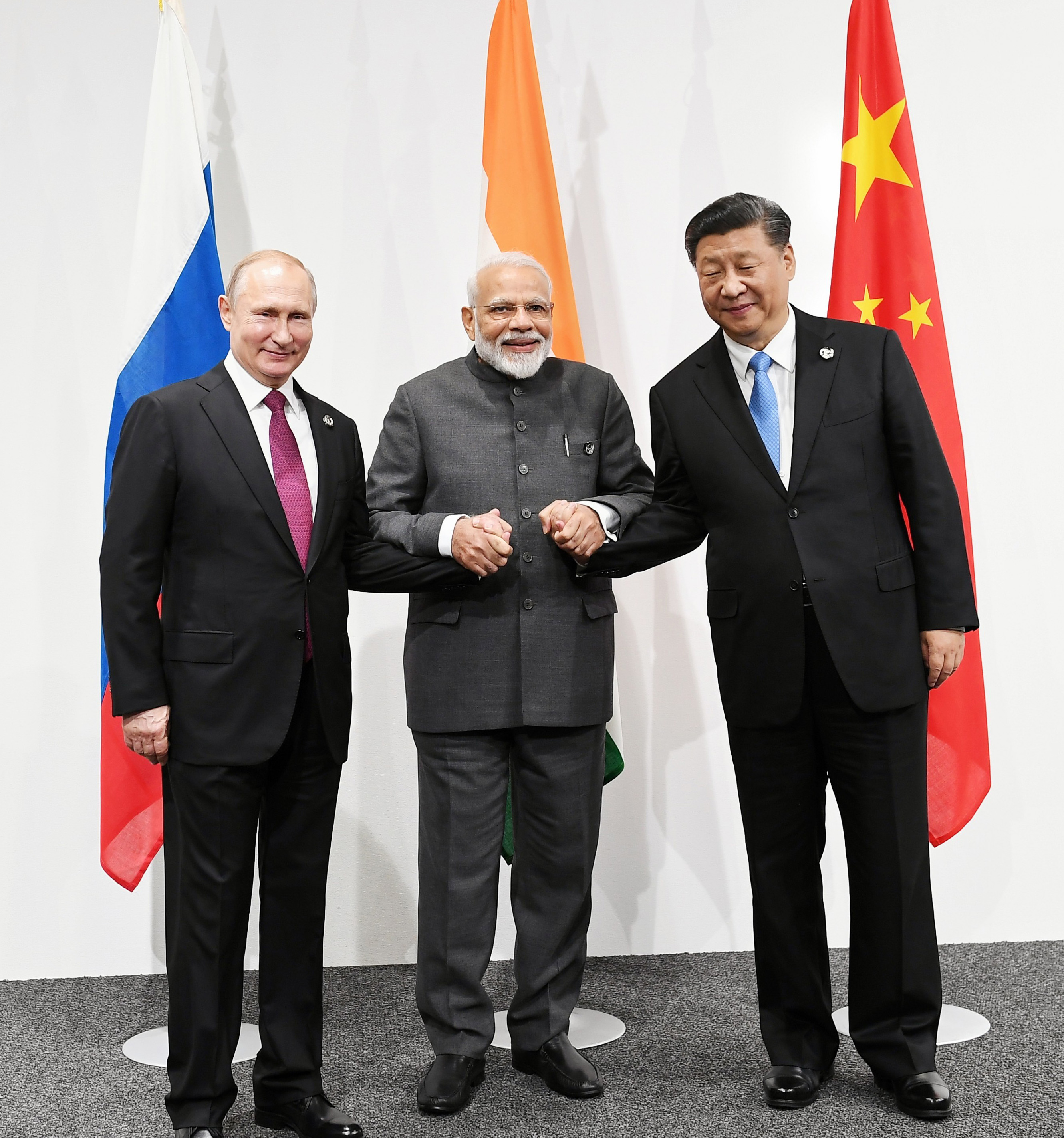 YourExcellencies and my friends President Xi and President Putin,

We three countries had a summit level meeting last year in Argentina.
After the useful exchange of views on the major issues of the world, we agreed to meet again in the future.
I am very happy to welcome you to this RIC Informal Summit today.

As the world’s leading economies, exchange of views between us, on the economic, political and security situation of the world is important. Our trilateral meeting today is a useful medium for discussing and coordinating on major global issues.

We had exchange of views on many issues in the meeting of our Foreign Ministers in China in February this year. It included promotion of counter-terrorism, international hot-spot issues, reformed multilateralism, climate change and cooperation under RIC.

Now I request His Excellency, President Putin for his opening remarks.

Disclaimer: PM’s remarks was delivered in Hindi. This is an approximate translation of the speech.